Rainbow Brite, in her multi-coloured moon boots and acid-tinged backstory couldn’t be more 80s. If the 80s had birthed a baby it would have been Rainbow Brite, who flared and died in the memories of childhood and unlike just about every other adulterated, rehashed 80s cartoon, stayed pretty much pure in our memories. I myself wasn’t a huge fan- the only thing I liked about Rainbow was her colourful friends and I dearly coveted a doll because she had that groovy little purple star on her cheek like a kiddie tattoo. 30 years later I realise someone clearly on huge amounts of kool-aid (the oh yeahhhhhhhhhhhhhhhh kind) came up with the character wardrobes and those were the ugliest dolls ever. I’m so glad adulthood opened my eyes. ( But actually, the character art was beautiful. Hallmark artist G.G. Santiago is to be thanked for that).

The backstory: Ok, so there was this girl named Wisp and she set out to save Rainbowland from a real killjoy called The Dark One who had sapped all of the colour out of Rainbowland. Wisp’s directions to do this were to find the Colour Belt and the Sphere of Light. So, setting out to find these, she met up with all kinds of psychadelic pals- sprites, a homeless baby who ends up being the Sphere of Light (yeah I don’t get it either), a horse called Starlight that runs on rainbows and the Colour Kids. Once she set all of them free she battled the Dark One, got renamed as Rainbow Brite and became the colour keeper of Rainbowland. All in a day’s work!  Note: Rainbow Brite character names vary around the world. 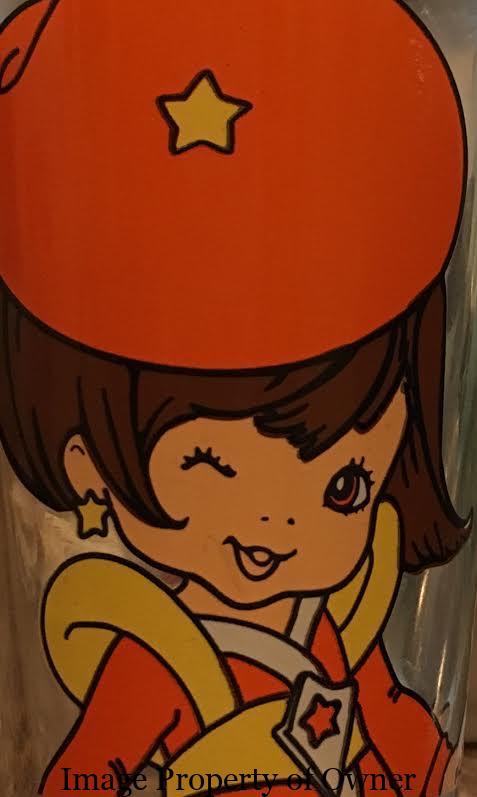 Baby Brite/ The Sphere of Light
Job: Guided Rainbow Brite by her voice in the beginning of Rainbow Land (when Rainbow Brite was still called Wisp)
Fact: Baby Brite’s story book that came with the doll’s text can be read on the Rainbow Brite Wiki
Voiced by: Mona Marshall and Pat Fraley

Starlite
Colour: White horse with a rainbow mane and tail and a yellow star at the forelock

Voiced by: Andre Stojka
Belongs to: Rainbow Brite. He is a talking horse, he can ‘fly’ by running on a rainbow that Rainbow Brite activates from her colour belt.

Sunriser
Colour: Wild, pink horse with white heart on forelock
Belongs to: Tickled Pink.  He is a friend of Starlite

Brian
Fact: he is the only earthling that can see Rainbow Brite
Voiced by: Scott Menville

Krys
Voiced by: David Mendenhall
Fact: He is the wearer of the Prism

The Narrator
Voiced by: Peter Cullen

Orin, the Spectran Sprite
Voiced by: Les Tremayne
Fact: He gave Krys the wrist-prism and On-X and introduced Krys and Rainbow Brite

The Princess
Job: to steal the Diamond Planet
Fact: Debuted in Rainbow Brite and the Star Stealer

The King of Shadows
Fact: Defeated by Wisp before the creation of Rainbow Land