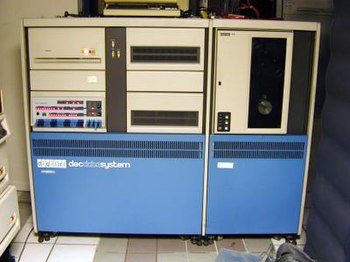 From 1957 to 1990, Digital Equipment Corporation (DEC) manufactured a series of mini computers under the series name Programmed Data Processor– PDP. At the time when the PDP models started, the term mini computer was not in use and certainly not in the way we think of ‘mini’ today; it was considered more marketable to get away from the public’s perception of the room-sized machines of the 50s. Thus, data processor / mini computer came into the marketing language of the day as a selling tool.

The PDPs started a major shift in compute design because it focused on user interaction with the machine rather than the efficiency of churning out figures from the computer to the user. There were very few models of the first PDP, PDP-1, actually produced but these would influence a long line of DEC computers to come, firstly bringing the concept of interactivity to the consumer, and secondly a price tag the average user outside a research lab could afford. By the 60s mini computers were here to stay and small businesses and labs were now able to afford computers for their use as never before, The PDP-1 was so important today’s hackers can thank it for the roots of their culture through MIT. It brought new challenges for hackers to sink their teeth into such as debugging, video games and text editing. 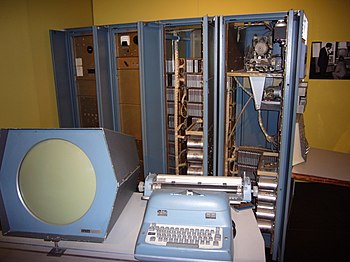 DEC’s founders, Kenneth Olsen and Harlan Anderson graduated from MIT. Olson previously had worked for Lincoln Laboratory at MIT under the US Department of Defense (DOD) and helped develop the TX-2, one of the world’s 1st transistor-base computers. In 1960 the 1st PDP model- PDP-1- was brought to life, and so on with several later successors including PDP-8 in 1964 and PDP-10 in 1968. In the early 70s PDP-11 came along, the basis of several other models worldwide including the SM-4, SM-1420, SM_1600, IZOT-1016 and DUK. The PDP series were also the first recipients of the UNIX OS from Bell Laboratories in 1971.

DEC was purchased in 1998 by Compaq, a consequence of poor marketing decisions driving their products up in price and back out of reach for the customers they originally got their start with.

PDP-1: 16-bit, the game Spacewar! was developed for this model

PDP-6: 36-bit large minicomputer/ mainframe, was used by the military

PDP-7: replaced PDP-4 and used the first version of UNIX

PDP-8: 12-bit, was the first major commercial success for DEC, popular in schools, colleges and labs 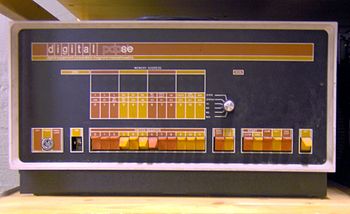 LINC-8: a combination of LINC and PDP-8

PDP-13: supposedly there wasn’t a 13 because of supersition but I have also read it was a 12 bit machine…?

Really miss the PDP-8? BigDanzBlog has instructions on how to set up a Windows emulator