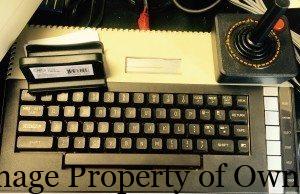 At the end of 1982 Atari upgraded the 2600 hardware to bring out the new Atari 5200 SuperSystem, the prototype being named Atari Video System X – Advanced Video Computer System (codename PAM) with the same processor as the Atari 400/ 800 computers. A few working prototypes do exist for 5200 which of course are rare and very valuable. Unfortunately, the engineering department was quite unhappy with the final product and lobbied to have it cut from the market unless they could have new controllers implemented. The 5200 featured a new analog paddle controller which used a rubber boot to steady it instead of the former spring mechanism and this made the controller faulty even despite the game pause feature which was new at the time. Nonethless, Atari pushed it out to shelves.

On launch, Super Breakout, Space Invaders and Galaxian were released for the 5200 but these were not compatible with the 2600. A version of Asteroids was originally to be included but never was.  Though news reviews of the 5200 were positive in regards to the technology, sound, effects and screen movement, the cost and graphics made the competing ColecoVision console, which was bundled with Donkey Kong at the time, a more attractive buy. Overall there were relatively few games for the 5200 (69, with the last being released in 1986)  as Atari staff were still busy developing games for the 2600. But the real kill for the 5200 were the controllers. One should always listen to one’s engineers. Over one million units were sold and the console was discontinued just two years after release.